The Distance Between Delhi to Gagret is 388 km.

Gagret is a town and a nagar panchayat in Tehsil Ghanari of Una district in the state of Himachal Pradesh. It is situated in plains of Una.

Himachal Pradesh is a land of gods. Gagret is the fastest-developing town in Himachal Pradesh, as many companies have established their manufacturing units in Gagret: Fewa Electrical Corporation (Fine Group), Tigaksha Metallics Pvt. Ltd. (Supermax Personal Care Pvt. Ltd.), Luminous India, MBD Group, Accurate Metals etc. Gagret is also known for its wholesale steel market.Due to these companies employment have been given to many people.

Gagret is located at Jalandhar–Mandi National Highway (NH 70) and is 26 km from Hoshiarpur. District headquarters Una is 32 km from Gagret. Gagret is directly connected by roads with all nearby towns and villages. Its proximity to Punjab and preferred route from Punjab to Dharamshala, Mandi, Hamirpur, Kangra Districts. of Himachal Pradesh makes it a well-known town.It is a very beautiful place to visit and explore.Chandigarh is at a distance of 160km from gagret.

Railway Station: Nearest railway stations are Amb Andora which is at a distance of 5 km ,Hoshiarpur (26 km),Una(32 km).

Airport:Nearest airport is Gaggal Domestic Airport which is at a distance of 77 km

‘Bombay Picnic Spot’ is nearby picnic destination which comprises a Hotel-restaurant and Amusement park. It is around 10 km from Gagret on way to Dharamshala. It has very fun activites included Camel riding, bunchy jumping,electric cars,Columbus , mary cups, crafting cars, Bhoot bangle,3d show  and  boating etc.You can enyoy buffet at a very low price there.

Fair is also known as the Hola Mohalla Fair and is organised between the months of February and March for honouring Bharbhag Singh ji. During this fair, numerous patients suffering from mental illness come here for treatment by the priests, known as Masands. The fair is organised for over 10 days and is attended by many people affected by evil spirits or those seeking protection against malign influences.
Thaneek Pura (Offbeat Attraction)

Thaneek Pura is located 3 km away from the Chintpurni Devi temple and is surrounded by shrines of Guga Jahar Peer, Mahiya Sidh and Radha-Krishna. There is an old deep well that has around 60 steps. An annual fair is conducted at this temple on the day following the Krishna Janamashtmi, which also coincides with the celebration of Guga Navami.
During the fair, a bhandara and grand yajna are organised along with a wrestling competition for the devotees. Thaneek Pura is also famous for the Chaat Bazaar.

Dharamshala Mahanta, situated close to the Mata Chintpurni Devi temple was established by Baba Nakodar Das. This mutt was established for worshipping Lord Vishnu and is known for mural paintings.

Dehlan is regarded as one of the biggest villages in the state and is situated near the border of Punjab and National Fertilisers Ltd. (NFL) Nangal. It is the main entry point for going towards Una, Mandi, Hamirpur and Dharamshala. The village is also known as the ‘Anmol Kalia Davar’, named after the Indian Captain Anmol Kalia, who was from Dehlan.

Pir Nigaha Shrine is situated in the Basoli Village, which is around 8 km away from the Una Town. A fair is organised at the shrine on Thursdays.

Dera Baba Rudru temple was established by Baba Rudranand in the Nari Village, on the main Una-Amb road. The saint was considered to be an incarnation of Lord Shiva, who also established an Aakhand Dhoona in 1850. This akhand dhoona has been continuously burning since the time it was lit at this site.

There is also an akhand dhoona at this place which is believed to have been burning since 1850.Baba Rudranand Ashram is situated in the Amlehar village that lies on the ridge of Jaswan Dhar, near Talwara. The ashram is known for an annual fair organised during the Kushotpaatini Amavasaya and also for the special celebrations on Shri Krishna Janamashtmi, Makar Sankranti and Shivaratri. Other important fairs and festivals organised at the ashram are the Vyas Puja, Nirjala Ekadashi Fair, Panch Bhisham Mela and Baba Rudru’s Jayanti.

We at Hp Cab believe in customer satisfaction. We started with a few taxis, and now we have grown into one of the most reliable and popular taxi companies in Delhi. This is due to our commitment to service as well as loyalty and kindness of our ever widening client base.You can handpicked a cab from hpcab.com at a much cheaper rate than any other cabs.

While booking at Hpcab.com you can skip the hassle of public transport.ours cabs are GPS enabled and with registered drivers.Our taxi cabs are flexible and ready to cater for all your travel needs. Since our inception, we have been operating round the clock, all the days of the year. Our taxi company services all the locations in the city and we get to you at the scheduled time even during the most hectic hours of the day. 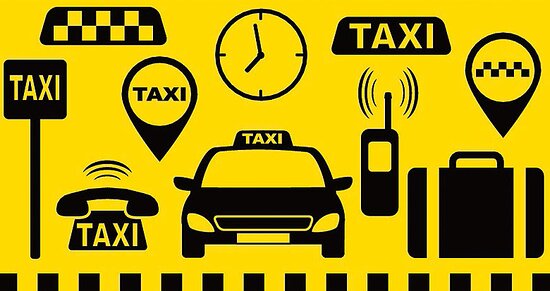 In this way, HPCAB s offers you the apparent tolls for a friendly tour through Dharamshala to Delhi taxi. Dharamshala is the home of the Dalai Lama, it is very