The Distance Between Delhi to Hamirpur is 450 km.

Baba Ji’s pious cave shrine is nested on the mighty Dhol Giri mountain which is situated at Deot Sidh village in District Hamirpur in an area of approximately 2 Sq. Kms. in India.Hamirpur is located in a relatively colder region in western Himachal Pradesh with a lower altitude as compared to the other districts of the state. Hamirpur district is one of the twelve districts of the state of Himachal Pradesh, India. The headquarters of the district is in the Hamirpur town. The district occupies an area of 1,118 square kilometres or 432 square miles.

Sacred shrine is visited by the devotees all through the year. Festive season starts during the month of mid March to mid April & is popularly known as “Chet Ka Mela” The Climate of the district is characterised by an intensely hot summer, a pleasant cold .The hilly ranges here offer great scope for trekking. Sujanpur Palace in Hamirpur is a suitable spot for adventure sports like Paragliding, Angling, Rafting and trekking in and around this area.

A trip to Hamirpur will take the tourist to serene and religious places. Vyasa Cave, Kotkahlur Fort, Bachhretu Fort, and Gobind Sagar Lake are the famous tourist attraction nearby Hamirpur.

It is a 200 years old temple and it  is Dedicated to Goddess Tauni, who is believed to be the sister of Goddess Durga, Tauni Devi Temple is situated on Hamirpur-Awa Devi Road. An annual fair takes place in the temple during the month of Ashran (June-July), which is attended by a large number of devotees from all over the state The temple is at a distance of 12kms from Hamirpur.

Narbadeshwar Temple is situated in Sujanpur town and was built by Maharani Prasanni Devi, the wife of Raja Sansar Chand. The temple is famed for its rich wall paintings that enhance the beauty of its walls. It is a 200 year old temple that is built in the Bhitti style of architecture. The arches and niches catch the eyes of many visitors in the temple. There are other temples built around the Narbadeshwar, which are dedicated to Durga, Ganesh, Laxmi Naryana and Mahisasur Mardini.

A 250 year old shrine, Awah Devi Temple is situated 24kms from Hamirpur town. This sacred temple is perched upon a hill that is considered the highest point of Hamirpur. The spectacular backdrop further enhances the beauty of this place. Jalpa Devi is worshipped by a few locals as Kul Devi (Clan’s Deity). Also, a large number of Hindu devotees throng the temple in order to seek the blessing of the goddess and to get their wishes fulfilled. The legend has it that the people from Mandi district carried the idol of Jalpa Devi to place it in their region. While they were heading back to Mandi with the statue; they turned blind and when they started to return back to the place where the idol was first placed, their vision returned. Thus, the people were compelled to place the idol of the goddess back where it was.

The palace-fort, Sujanpur Tira is situated at a distance of 22kms from Hamirpur town and touches the Kangra border. The fort was built by Raja Abhay Chand of the Katoch dynasty of Kangra in 1758. For more than a century, Sujanpur Tira remained the royal residence for the Katoch dynasty. The fort in the early 19th century was also the residence of Raja Sansar Chand, who is reckoned to be the patron of Kangra School of miniature paintings.

Sujanpura Tira houses five temples and a hall called Baradari, where the court was held in the realm of Sansar Chand. The entrance of the fort is an impressive one with signs of some excellent wall paintings over it. The main attraction of the fort is the Gauri Shankar Temple that is within the precincts of the palace. The temple is dedicated to Lord Shankar and Goddess Parvati and has a large number of wall paintings executed in the precision.

Nadaun fort is better known as Amter-Nadaun fort, which was once the royal residence of Raja Sansar Chand. Perched atop a hill, this edifice attracts visitors by its impeccably done wall paintings and frescoes. Unfortunately, the fort is in a dilapidated condition but it still manages to put visitors in awe with its exquisite architecture. It is an ideal place that reflects the rich history of Raja Sansar Chand and the Katoch dynasty. 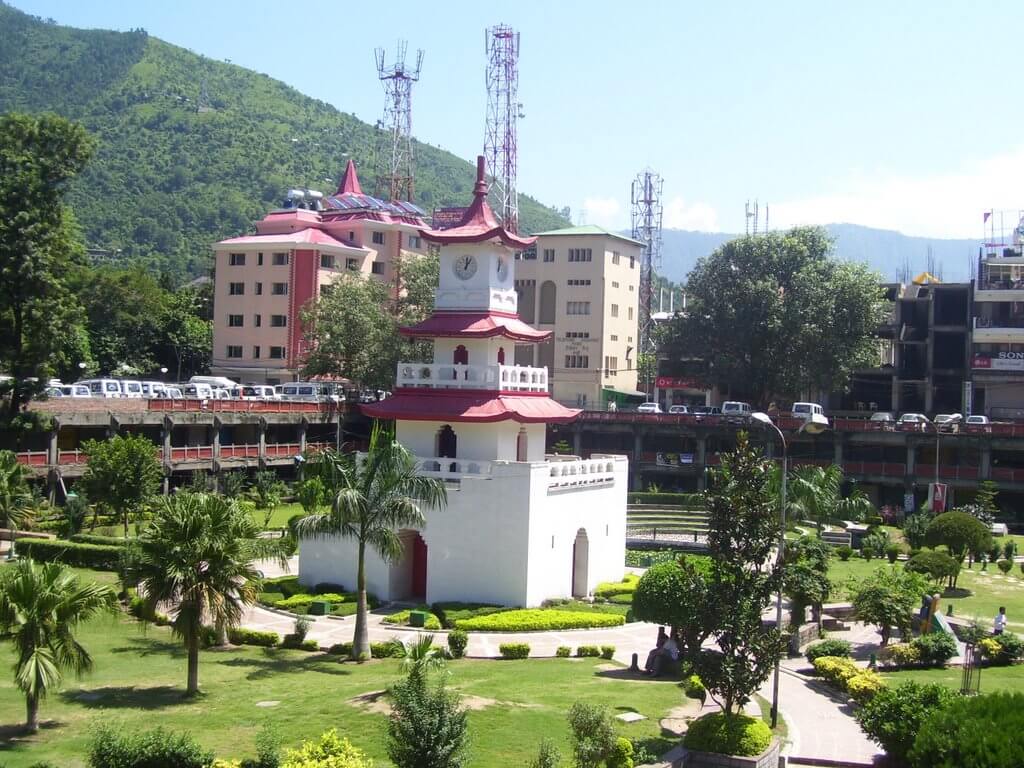 Book Mandi To Delhi Taxi service with HPCAB. HPCAB has had its quality in a driver-driven taxi service area for over 10 years. We persistently endeavor to guarantee that we